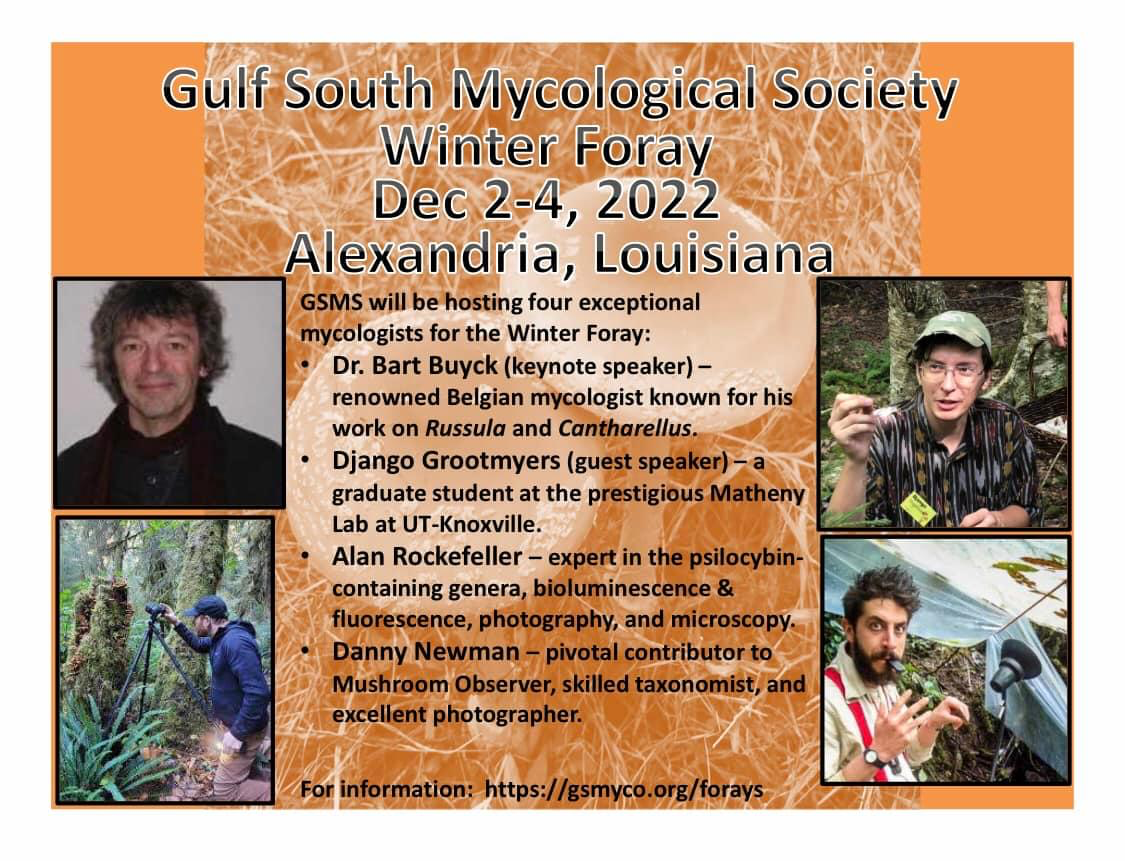 We have assembled a team of mycological all-stars to serve as our speakers and guest mycologists.  It should go without saying that our scientific advisors - David Lewis (President Emeritus), Jay Justice, Clark Ovrebo, and Juan Mata - occupy that same elite space as our guests.  Many clubs lack the scientific and experiential backbone that makes our club so special.  Our scientific advisors are being touted right now in emails like this one, as they are frequently invited speakers and guest mycologists for other clubs.  That said, in addition to our already exceptionally strong bullpen, we will be adding the renowned French mycologist Bart Buyck, whose scholarly accomplishments are far-reaching and many, and Django Grootmyers, a graduate student at the prestigious Matheny Lab.  As one of the most skilled taxonomists in the US, Django is precisely that guy who can bring order and appropriate binomials to that end of the display table where the unknown and frequently unidentifable collections accumulate.  Dr Buyck and Django are essentially headlining our event and will speak on Saturday and Friday respectively. In addition to our speakers, we were lucky to land two additional mycologists, each of whom has developed renown over the years.  Danny Newman will be joining us, and for those of you who are familiar with MushroomObserver.org, you no doubt know Danny as one of a handful of sages who together make that site such a rich and varied repository of myco-knowledge.  He is an excellent taxonomist, a patient and generous teacher, and just a good person to have around at events like these. He knows his stuff, to put it mildly.  Our biggest surprise was the late addition of Alan Rockefeller, whom many of you likely know as an expert in the genus Psilocybe.  I think it's mistake and a bit short-sighted to merely pin down Alan as the Psilocybe expert (though he is certainly that).  He also is accomplished in phylogenetics, is exceptional at microscopy (a skill we hope he can pass along to some of us), and is well known for his photography. 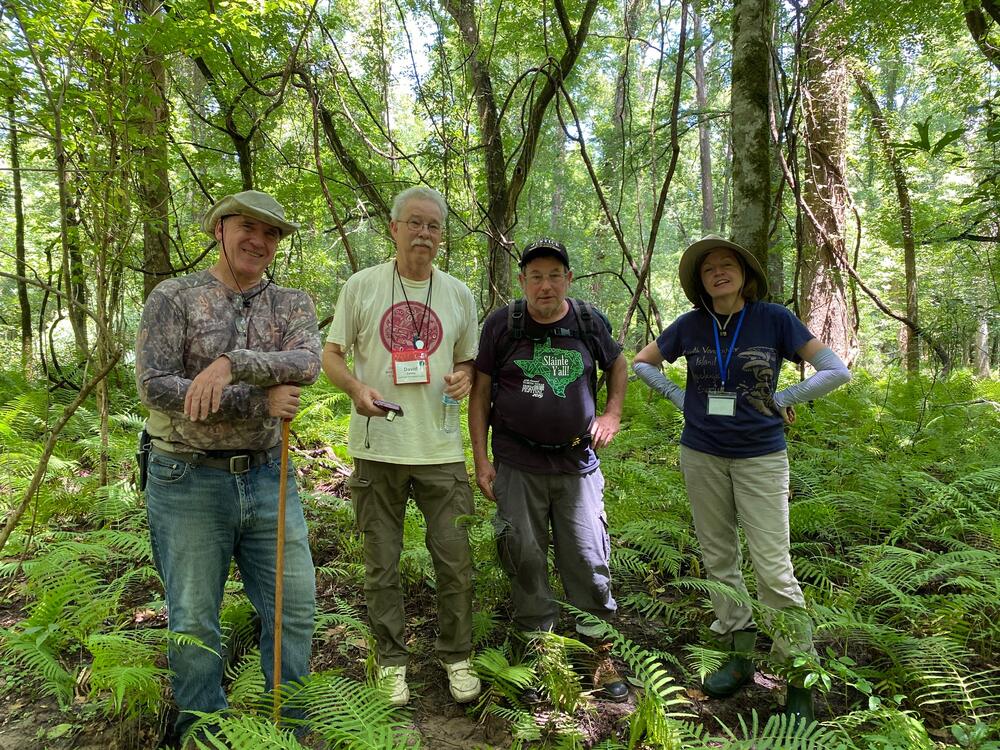 A new record for Texas

In 2016, we received photos and vouchers from GSMS members of Entoloma incanum (Leptonia incana) from central Texas.  We determined that it was a new Texas record and that it had not been found anywhere along the Gulf coast.

Recently, we obtained more collections from the same site. The caps are greenish yellow in color with a vivid green stipe which bruises blue; it is said they have the odor of mice. In central Texas, it fruits on the side of creek banks in limestone soils. Its common name is mousepee pinkgill and it is said to be inedible/ toxic. See digital reference here. 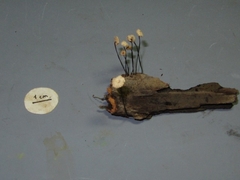 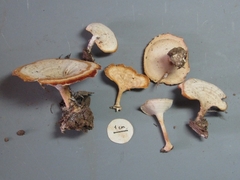 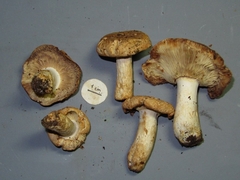 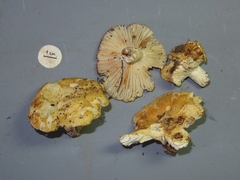 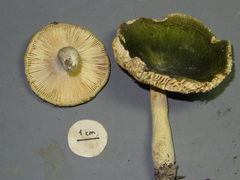 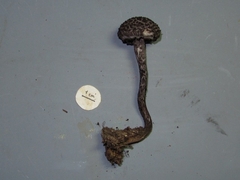 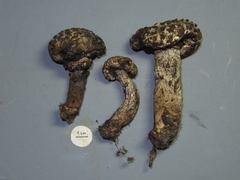 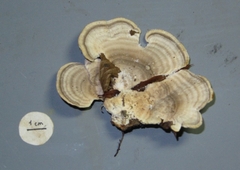 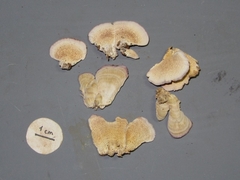 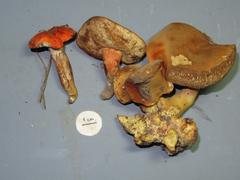 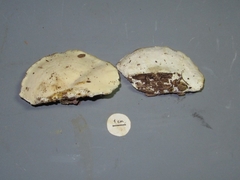 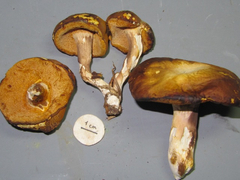 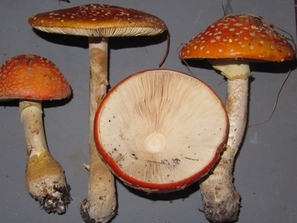 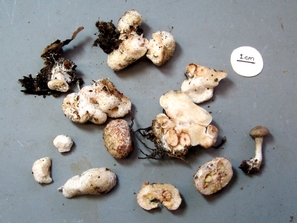 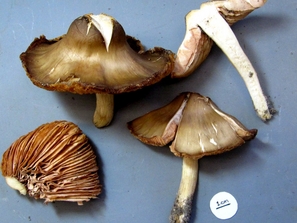 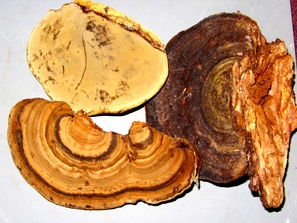 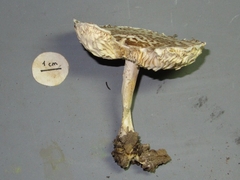 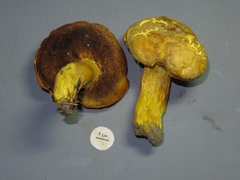